I already told you: I have tons of this Raspberry Ikea fabric. The fabric was a blanket once! A real huge one! Would I have known that there are larger blankets than my 1,55 m blanket, I would have bought it! There’s nothing better than huge blankets. But, now I am stuck with my only slightly oversized blanket and needed to make something else out of this super oversized blanket. I already made a dress and pants out of it and I love wearing them, the fabric is breezy and felt really good against my skin. Also I like the raspberries, they make the dress so summery.As the Aster Sewalong is now over and everything is up on the Colette Sewalong Blog I took that as a sign that I needed to make another Aster, right now. And here it is: 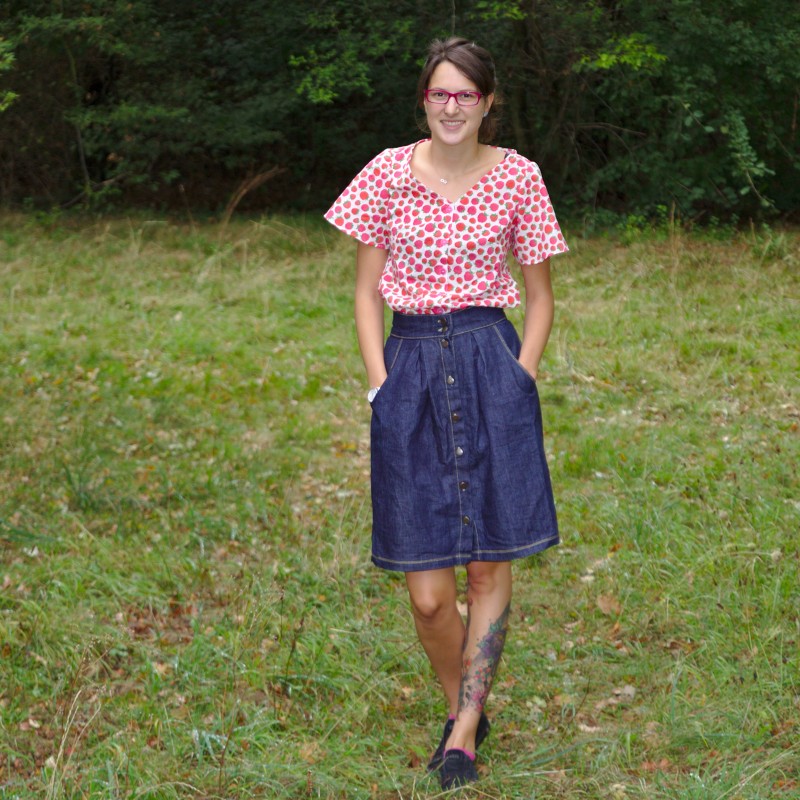 Sewing went really fast this time. Almost as fast as sewing a T-Shirt. Last time I had some troubles with the placket and the bias neckband binding. You have to sew the binding first, than cut the placket to the seam and flip it. It just didn’t look clean. This time I put more effort into it and it worked out better.

I saw, that the bias binding in the sewalong looks different than mine. It is much thinner and I fold it twice, in the sewalong it is only folded once. I will try that next time, because this will make the neckline binding less stiff. When I saw that this time I already cut bias binding from the same fabric and I was too lazy to change it. Again I had troubles with setting in the sleeves. There is too much sleeve and too little sleevehole for my taste. My sleeve has some puckers now, but I don’t mind, because I chose to make the flutter sleeves his time and you don’t really see them. 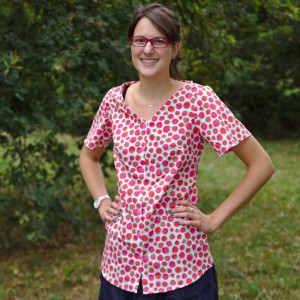 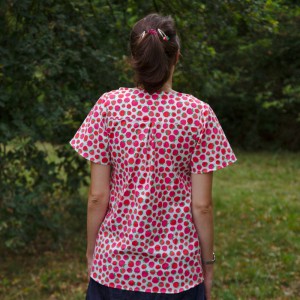 Yes, flutter sleeves! First time i saw them I didn’t like them, but gladly I like to change my mind very often ;) The fabric suggestions say that you should use something with more drape like rayon, but I wanted to make flutter sleeves with my raspberry fabric and so I did and I like them as they are. 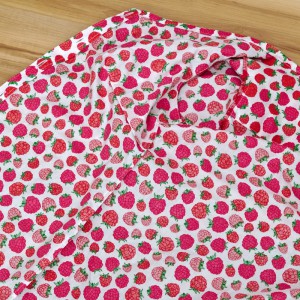 I did french seams this time, whey! I didn’t do them in the past, because it wasn’t important to me how my garments looked from the inside and I would have needed too much time for it. I was challenged enough by just sewing a blouse without french seaming it, you know? But with time I got faster and more secure and so I gave it a try. It worked out fine and I like how it looks. I frenched seamed the side seams and the sleeve seams but I didn’t dare to french seam the sleeve set sin seams. I had enough troubles with them as they were, so I just serged them. 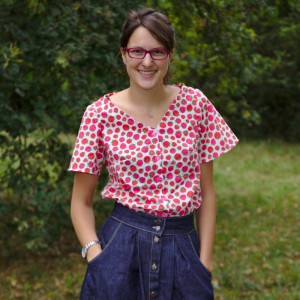 Again I sewed size 2 which fits me well and again there is some weird gaping going on at the right side of the neckline. But only sometimes. I cannot tell what it is, but until now I thought my body was totally symmetrical.. (so it must be the pattern that is asymmetrical, right? ;)) 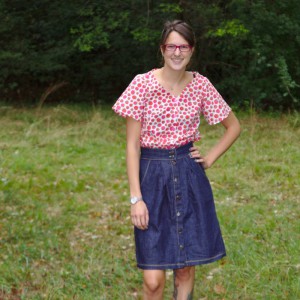 The skirt I’m wearing is a Kelly Skirt in denim. 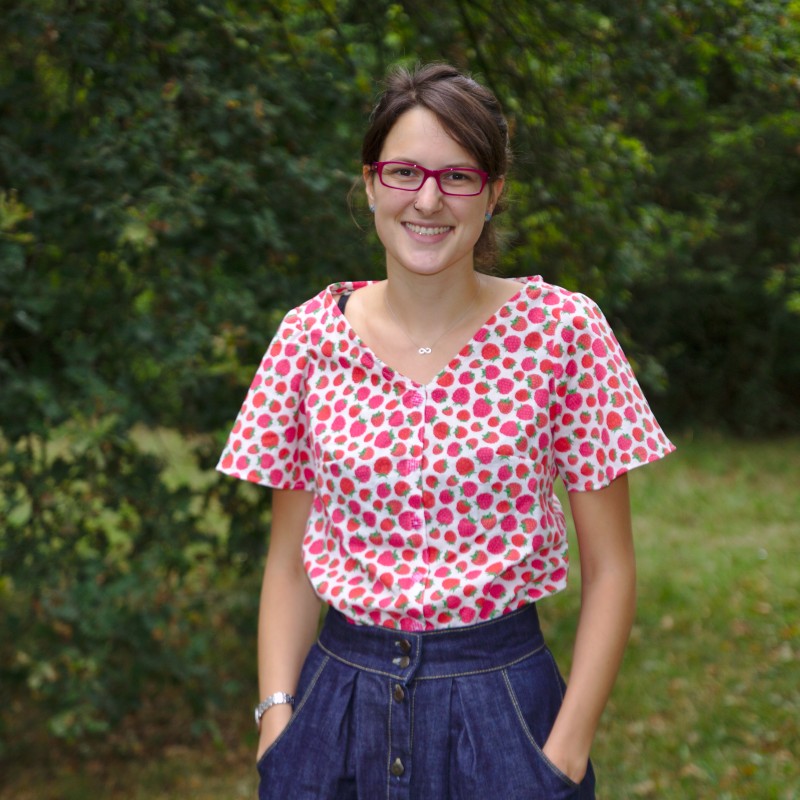 I still have leftovers from this fabric. Enough to make another dress AND another blouse. maybe next summer, I think I’ll start sewing for autumn now. I still have some unblogged summer dresses and blouses and skirts laying in my sewing room and I think I might just have sewn enough garments for this summer and the weather is already beginning to be cooler.