I finished ‘electric yarn winding station’ project. I already wrote a blog post about the process from idea to prototype and today I want to wrap things up show you how the final version of my yarn winder looks like and how it works. I hope this project will be easy to reconstruct for anyone who is interested. 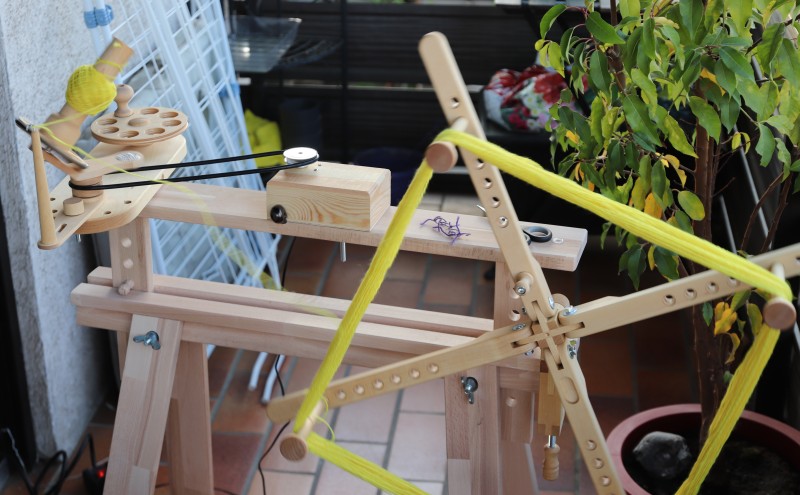 For the final version a ordered a wooden box with a magnetic closure. The box has the same width as the trestle and is just large enough to hold everything. I also ordered another DC motor featuring a worm drive. I found an old rotary knob that I had on my electric guitar for a while, it looks like a skull. 10 years ago I thought that was pretty cool. Okay, I still think it is a pretty cool knob, don’t judge me. 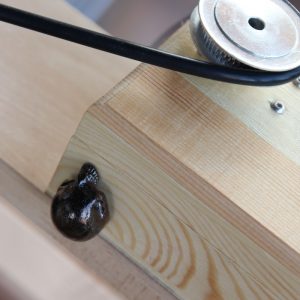 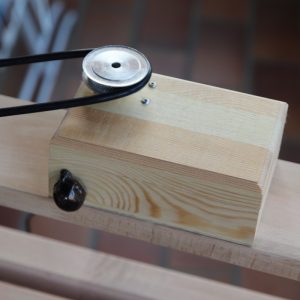 MY shopping list for the final version looks as follows. Please not that I ordered everything from Germany, so the links will lead you to pages in German. 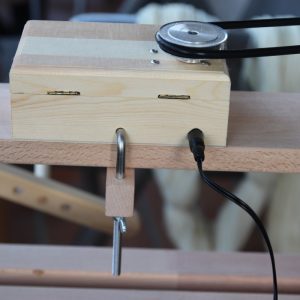 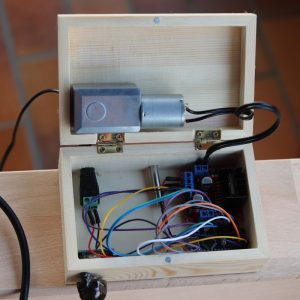 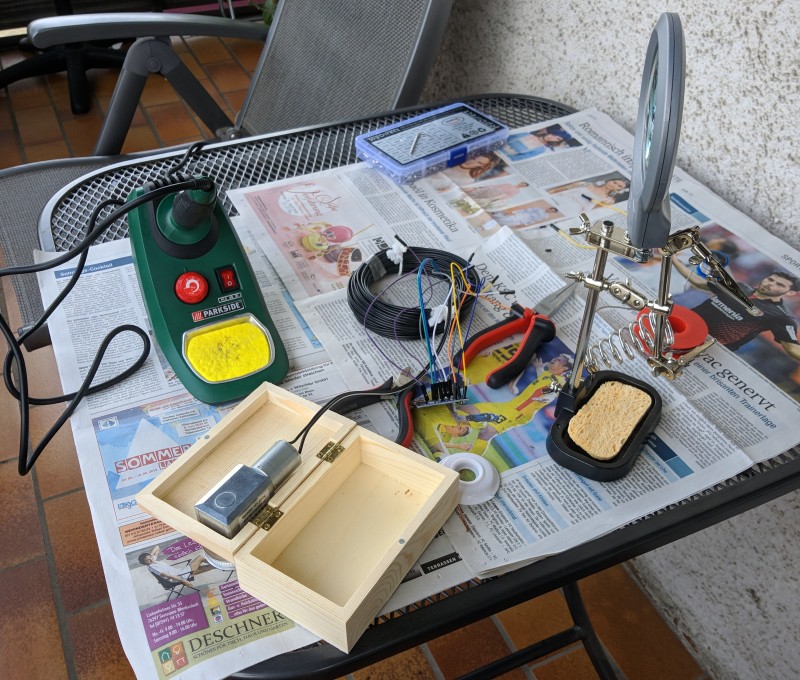 Apart from all of those supplies I already listed Marvin and I also needed cables, a soldering iron and tin solder, a drilling machine, some sanding paper and a hot glue gun. 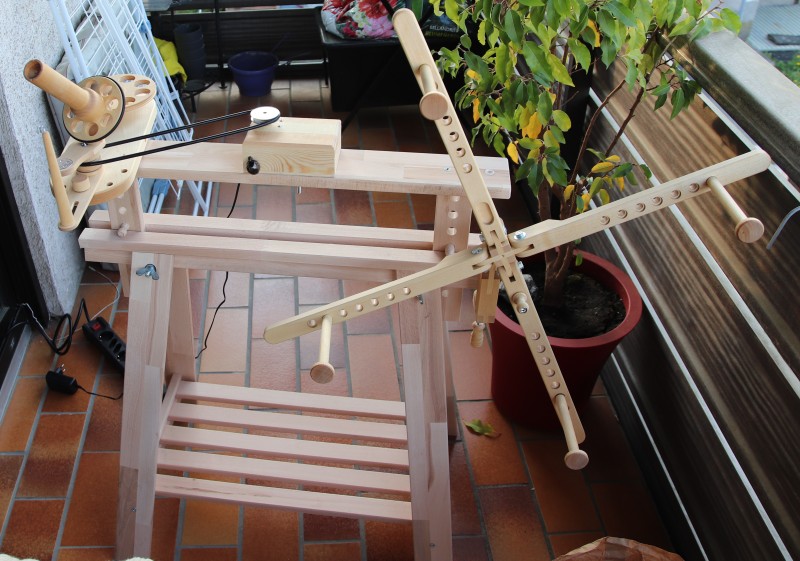 The trestle I used is from Ikea and it is called Finnvard, swift and yarnwinder were made by Ülle. 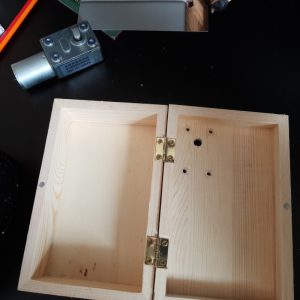 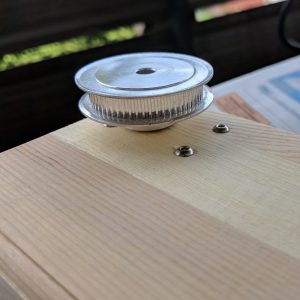 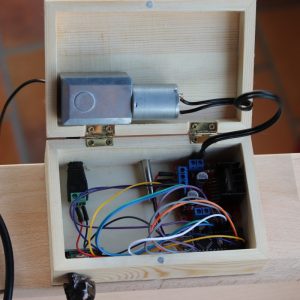 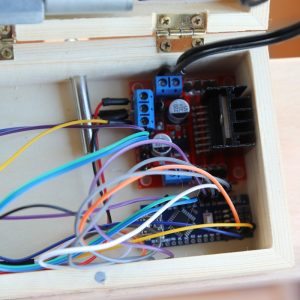 All the electronic parts are connected as you can see from the circuit diagram I made: 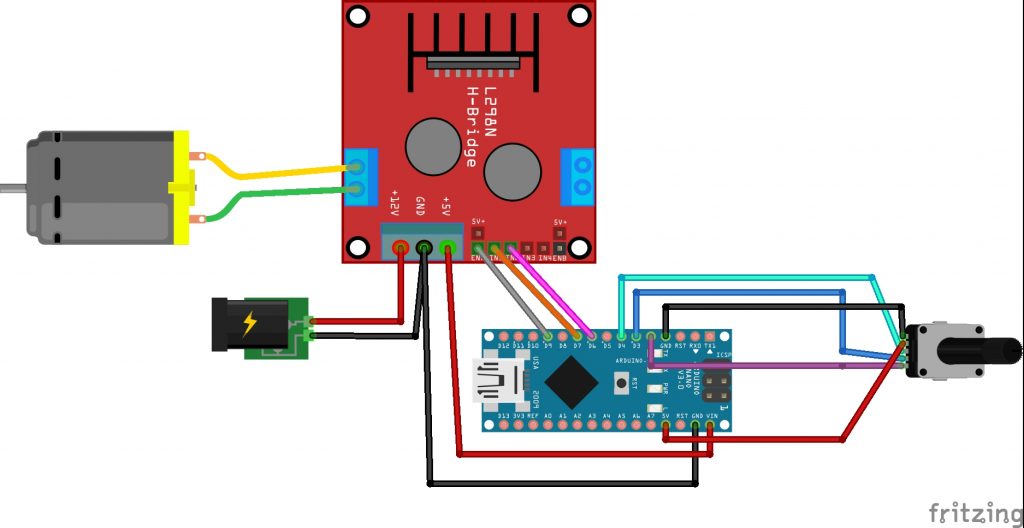 I used Fritzing for this diagram. A real nice and open source program. It didn’t take me too long to create this diagram, even though I’m a total noob :) Sadly I think the development of this application has stopped and I had troubles getting it to run under Linux Debian.

And last but not least here comes my code, to get the whole thing to work:

The drive is much much quieter now and it looks so much prettier :) So nice and clean. It also works like a charm. I have wound several skeins with this thing thus far and I also use it to get spun singles from my spools into cakes to get the spools free. The force of the motor and it’s speed are just right. 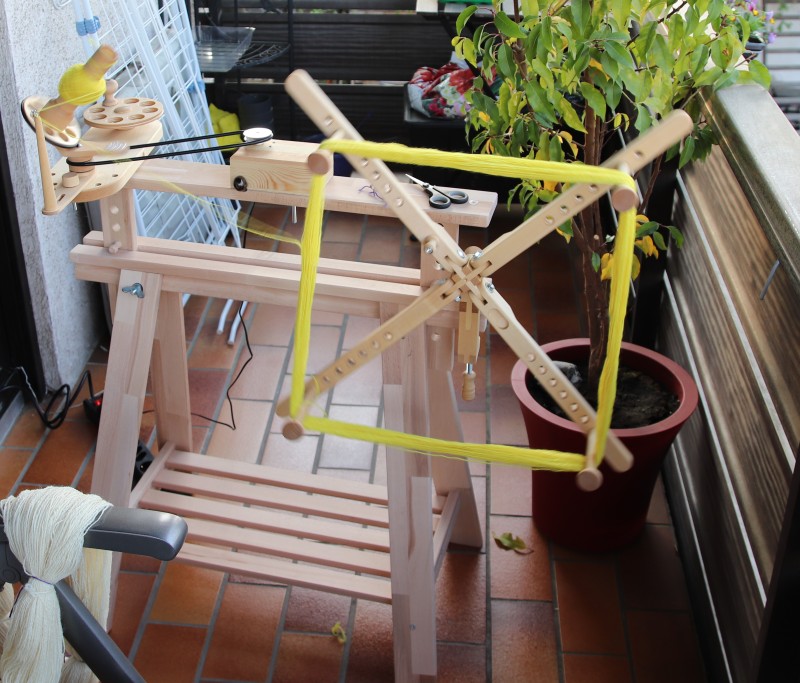 This was such a fun project! Working with Marvin was fun too it is so nice to build something with someone else :) Plus this thing is super practical as well, which is great plus. Now I’m keeping my eyes open for an old used spinning wheel that I can transform into an electric spinning wheel. I’m no wood worker and Marvin isn’t easy, so we have to buy at least the flyer.

As usual: you are welcome to ask any questions you have and I will try to answer them as best as I can :)