I’m back! We’re done moving. Well, of course we’re not done, not everything has found its place yet and we still have to make give the old apartment officially back, but We are now officially living here, we finally van access the Internet and I have already sewn a dress in my new sewing room :) And that is all that matters, right? ;) I’m not done furnishing my sewing room, so you guys will have to wait for some photos of the finished room, but I promise I’ll get there and I’ll totally show off my new bigger and improved sewing room :) We didn’t move far. Just a little more outside the city. everything is a little smaller and more familial here and I like that! It is obvious that the black forest isn’t far from here, you know?! I already found a store here that sells wool. and not any wool, it sells my favorite drops yarn! So far I could only order it over the Internet because there are only few stores selling it. I can totally reach the stores during my lunch break when I’m working from home and the best is that there is a butcher who offers tasty lunch! Win win! 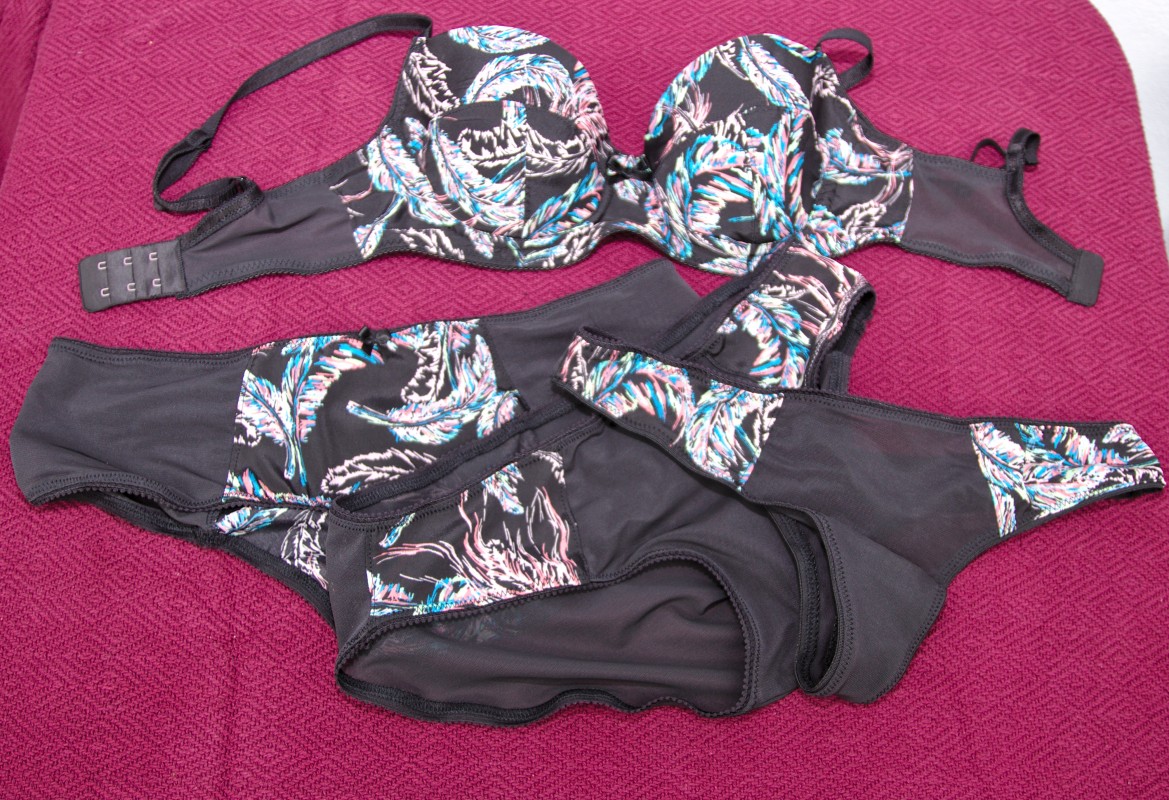 After my last attempt I ordered supplies at wien2002. They are located in Austria which is next to Germany. I always assume that you guys now such things. Like that Austria is next to Germany and that they speak German there. But you don’t do you? How would you? Or maybe you do.. I for myself totally suck at geography and I certainly don’t know for example which state is where in America. So, letting you know: Austria isn’t far from Germany and it isn’t that far from where I live, which is Southern Germany, near the Black Forest and near the border to France.

However if you ever think about ordering at wien2002, don’t! Their webshop is crappy. Like from the 90’s crappy. You cannot find anything and it is full of bugs and ugly and everything. Also it is only available in German. BUT the supplied are cheap there! And that’s why I ordered.

I especially liked the foam I bought there. It is cotton from the one side. And it isn’t that stiff and thus it is really comfortable and feels good against the skin. 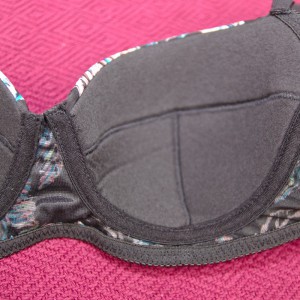 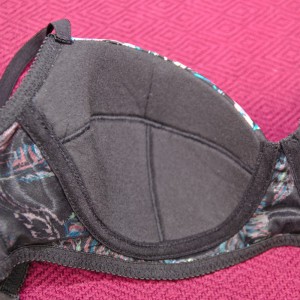 I didn’t change much compared to my last version. I sewed size 32D and this time lengthened the band a little. I also cut away some of the seam allowance below the cups, because my elastic wasn’t as wide as suggested in the instructions.

On thing worth mentioning here is that I used fabric that has no stretch or movement at all. The pattern calls for fabrics that have little to no movement but woven fabrics are never really recommended in bra patterns. Also all my rtw bras are lined with non moving net but the fashion fabric always has some stretch. Well, I really couldn’t find out why. You don’t need the stretch, so you? I decided to go for it and only made the bands stretchy, they’re cut from powermesh. 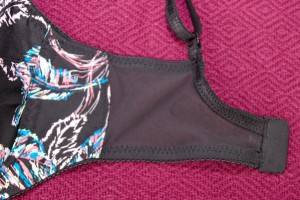 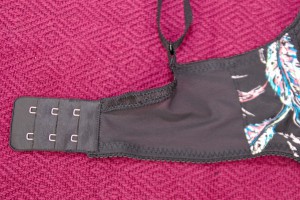 Using a woven fabric made the sewing process much easier. Nothing was moving shifting or anything. I decided to sew normal bra straps on this one, as I didn’t know who exactly to that so that it would look nice I simply tacked the bands to the cup, et voila! 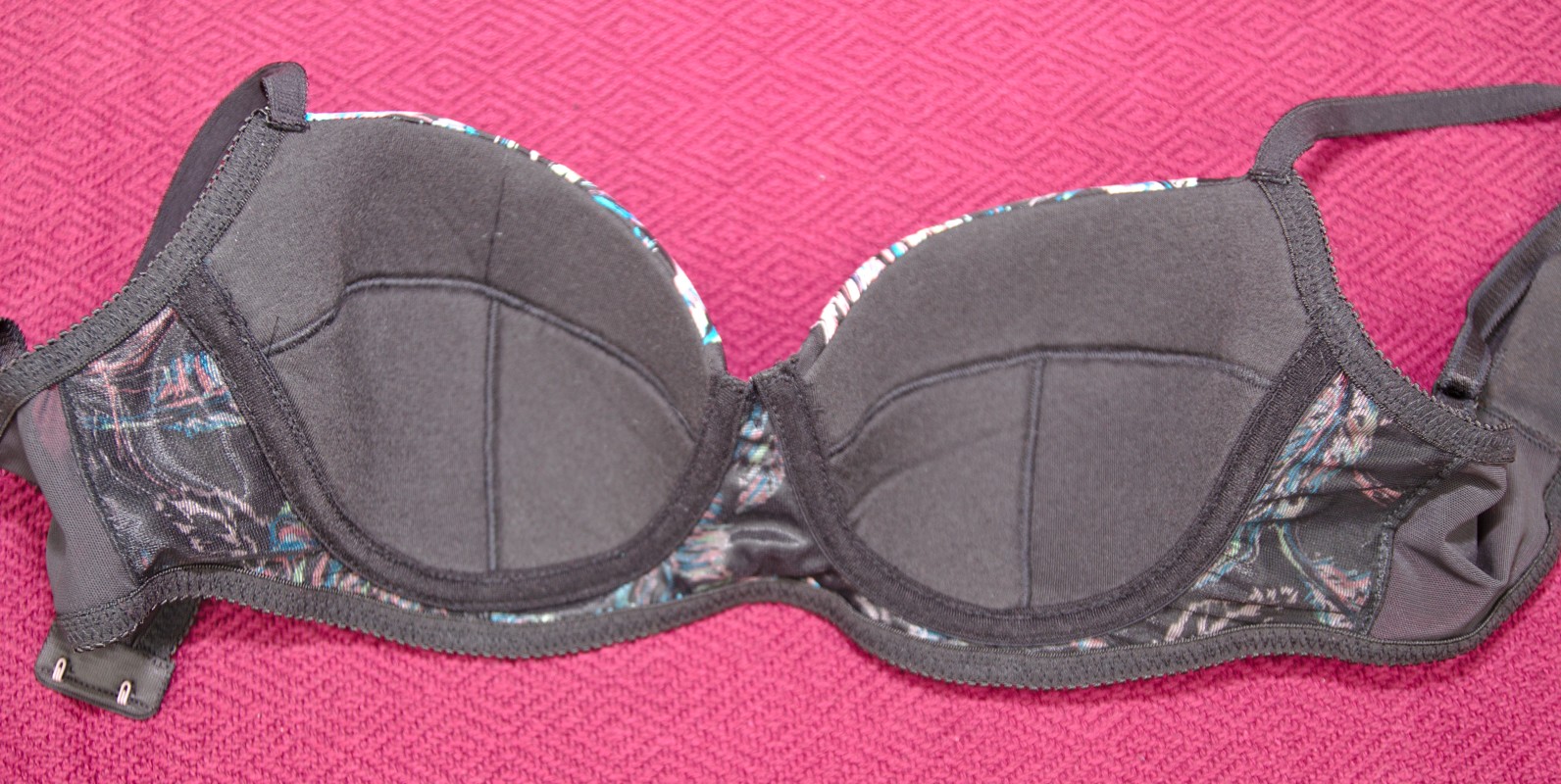 Again this bra didn’t turn out perfect. I did attached the closures the wrong way, my finishing isn’t super clean and the fit is not perfect, but I think I’m improving, and that’s what matters. 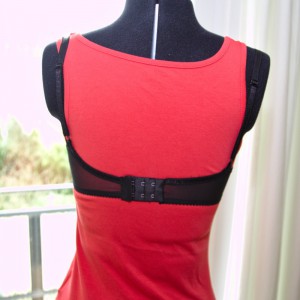 I ordered different kinds of underwires, not knowing what was the difference between them. They send me the wires in one plastic bag so now I cannot tell which is which. Oh well. I tried them all and got the bets result with a very tiny short one that has springs on both ends. Still I’m having some issued with pressure marks from the underwires even though the band isn’t that tight. I have no idea how to get rid of that and what exactly is going wrong. I don’t have that problem with rtw bras. 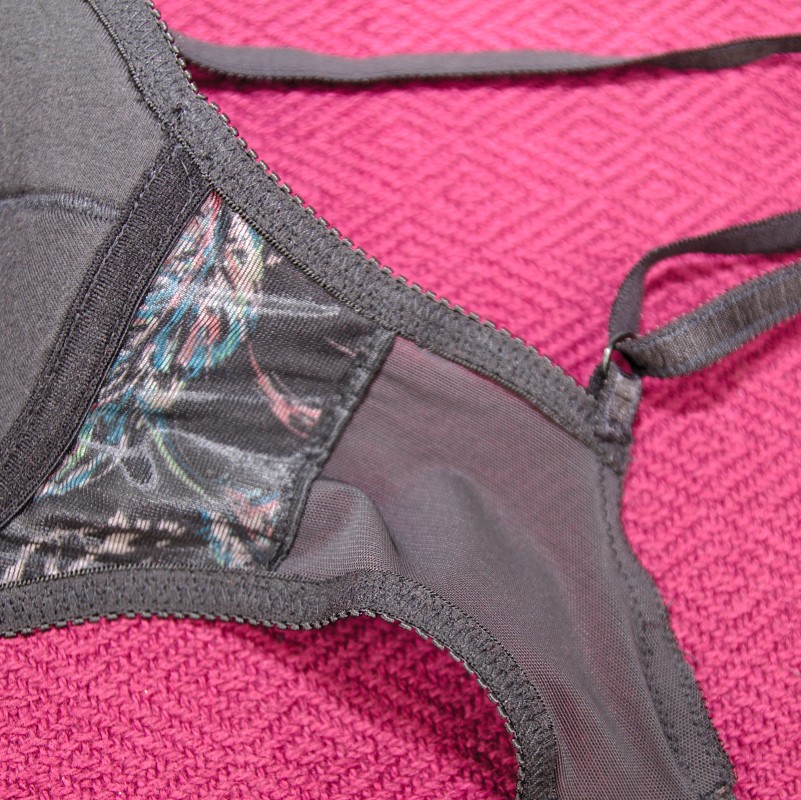 Sewing bras really isn’t hard. And it is fun. But when i started I wouldn’t have thought that I would have problems with the fit. I have rtw bras that fit, but when I sew them something is always off with them. 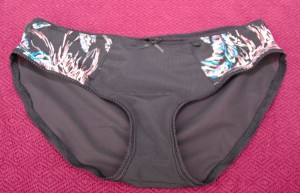 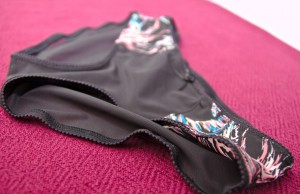 When it came to sewing matching panties I soon realized that maybe you should use stretchy fashion fabrics for bras so that you don’t run into troubles swing matching undies. my first attempt was another Genva from Seamwork Mag. And I used the woven fabric for the side panels and powermesh for the rest. 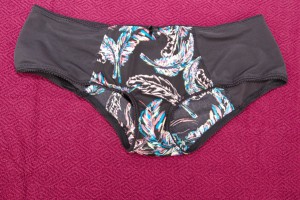 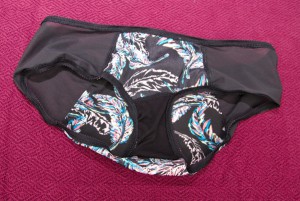 I used the pattern to draft me another pantie and a thong. For the panty I used a lot of woven fabric and they are the least comfortable from those three. The fabric moves everytime I move and so it is always shifting around which is awkward. There is a saying here that says something like beauty knows no pain ;) And I mean: look at those beautiful panties! I just have to wear them ;) 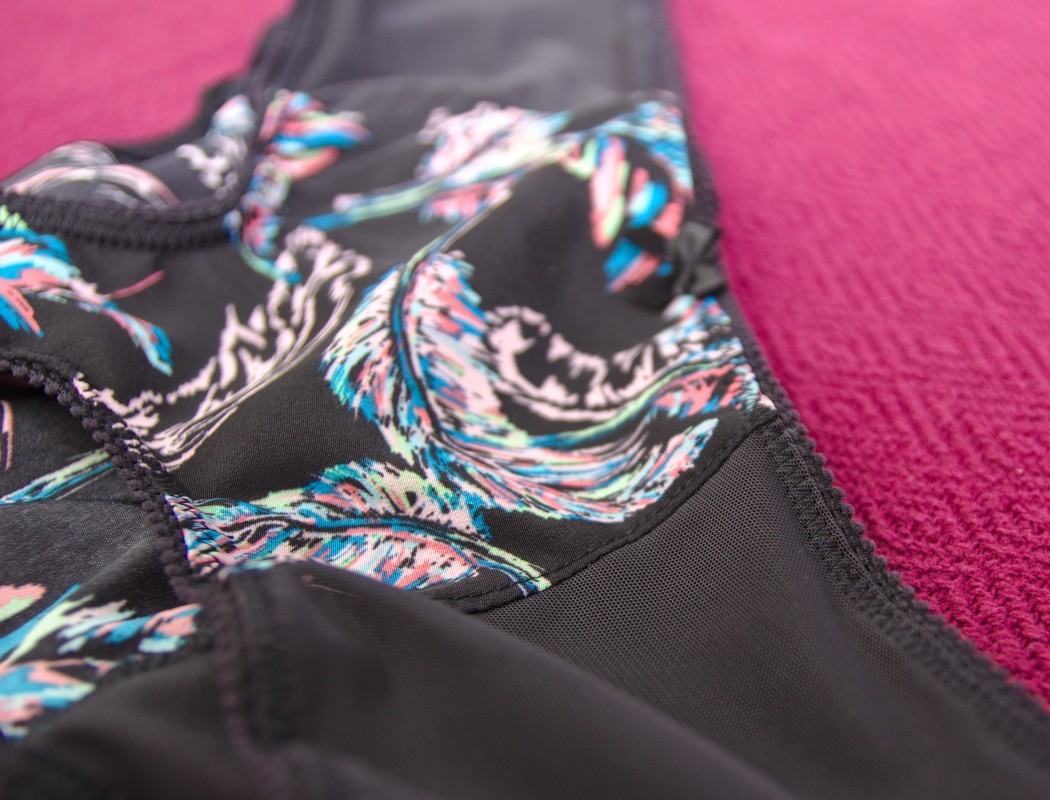 Well, I’m not sure if talking about the fit of the thong might be a little tmi for you. So I’ll only tell you that I should have done the back a little less wide. 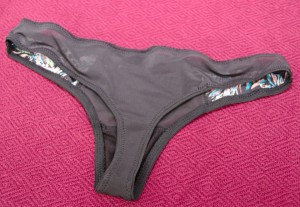 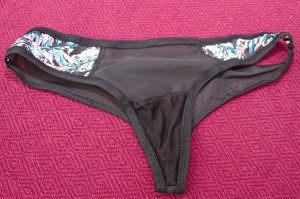 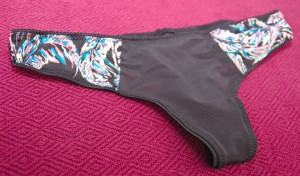 I think I just have to keep trying making bras. In the beginning I thought that this would be easy for me, because rtw bras fit me so well. When I sew cloths I don’t expect that to be easy, because rtw clothes don’t fit me I guess. So I kind of haven’t been in this situation before. There will be no fast victory for me here. But if I would want fast victories I wouldn’t sew ;) 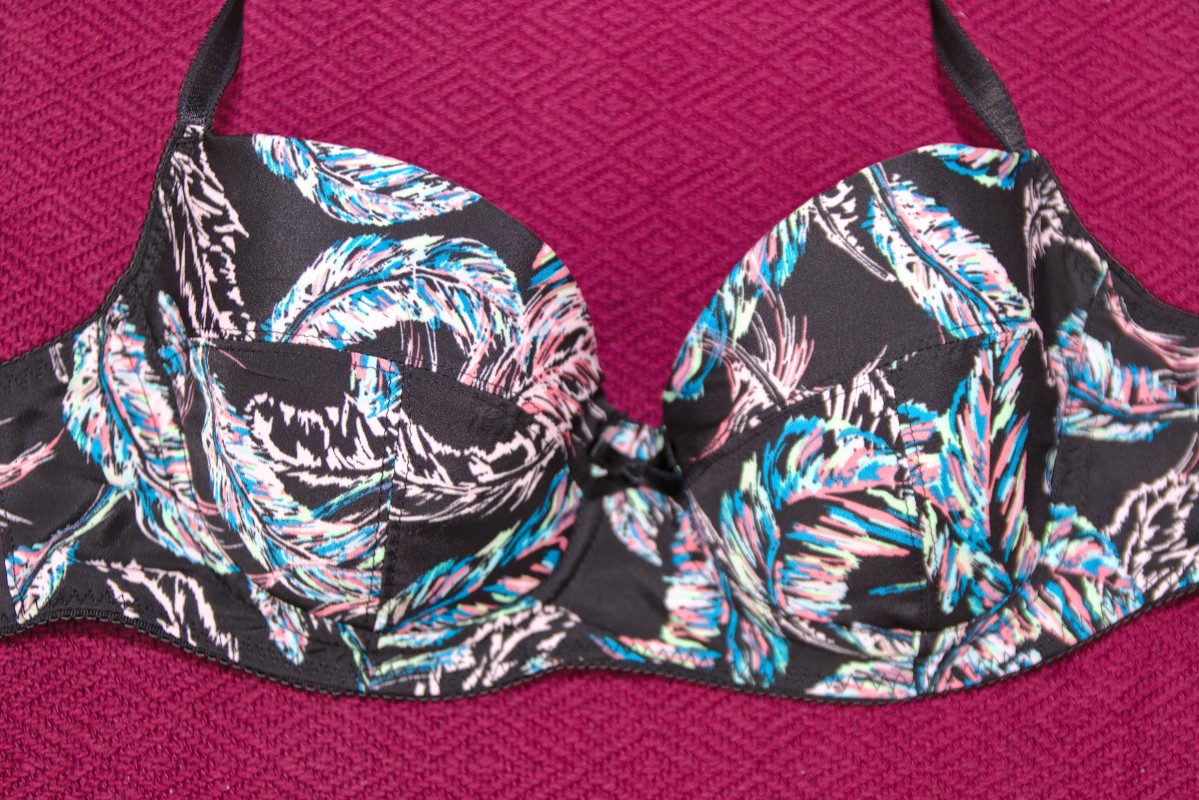 And that’s what I’ll do now! Trial and Error ftw!

One thought on “Boylston Bra”