Long time no see! Maybe you have noticed, I didn’t translate a few of my latest posts. You see, I do that manually and I simply couldn’t spare the time. However, as you can see, I found some time to translate this post. It is about the latest addition to my cardigans and its story started back in October when I was visiting Marvin, who spent three month at NCSU for his research. I visited him and brought back a lot of stuff, like fabrics and sewing patterns. And I also bought some local fiber.

We went to Asheville and I did some research in anticipation of the trip and stumbled across Asheville Homecrafts which looked promising :) 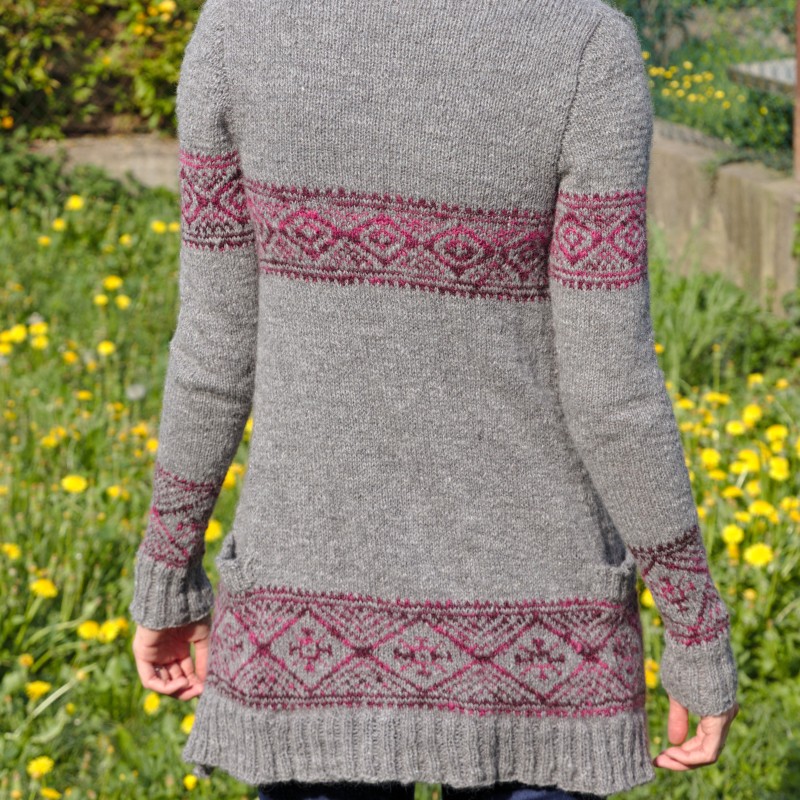 On our last day in Asheville I paid the store a visit and it was a nice little store with lots of different crafty stuff you could buy. I bought 7 1/4 ounces (about 200g) of some black and white Icelandic lamb roving from local sheep that live at Hidaway Farms (Link to Facebook-page) in Hendersonville, North Carolina. The ball of roving had a label on it saying ‘Jack + Sue’, so I assume that might be the names of the lambs the wool is from, how nice :) 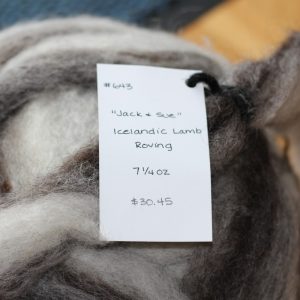 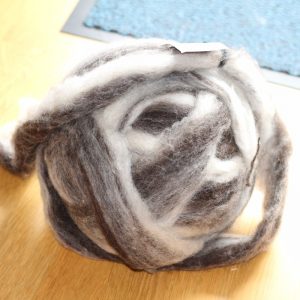 The plan was to dye the roving, and that’s what I did back home. I use Jacquard Acid dye color number 620. 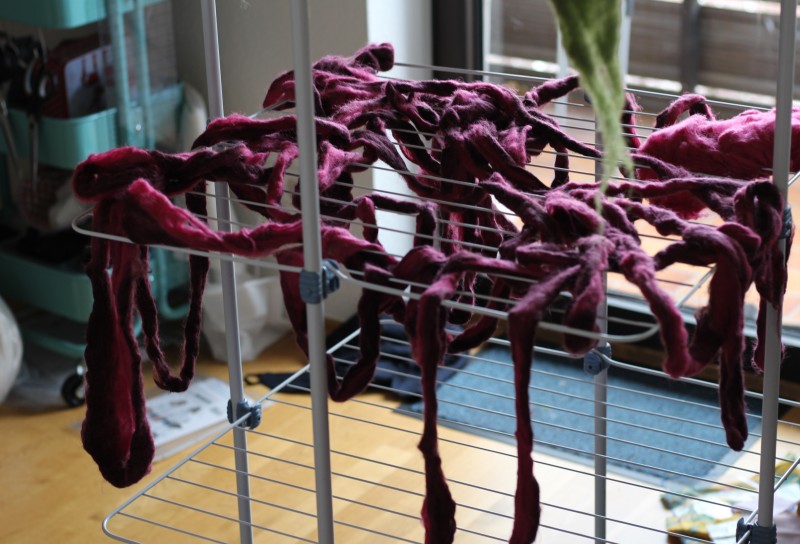 Spinning the roving was a little tedious because it had felted a little and because I wanted to use the Irish tension brake of my wheel, although I find it much easier to spin thin yarns with the scotch tension brake. But I wanted to give it a try at least. 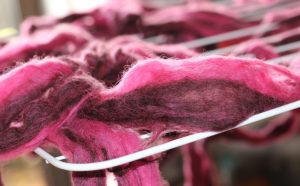 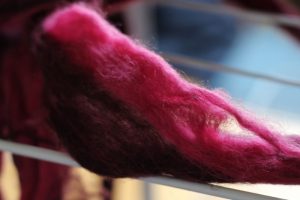 In the end I 2-plied the singles, because they turned out thicker than I had anticipated, I initially wanted to chain-ply to keep the colors more separated. I still had hopes that maybe the final length would be enough to make a short cardigan from the yarn, but I ended up with a total of 614m, which unfortunately wasn’t enough. 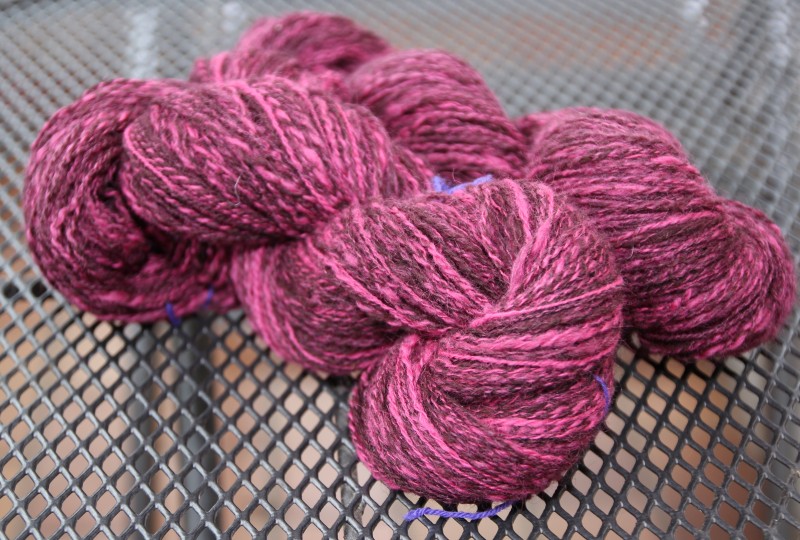 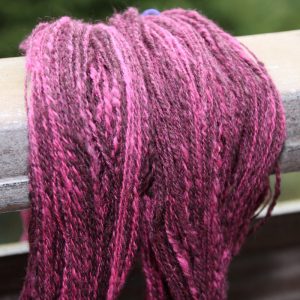 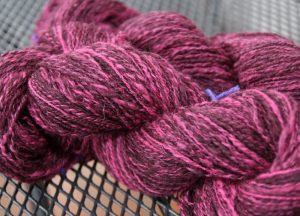 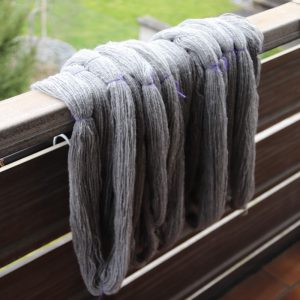 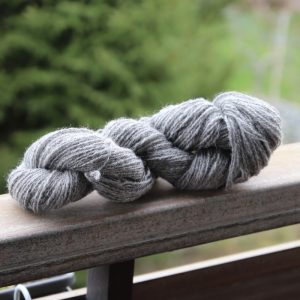 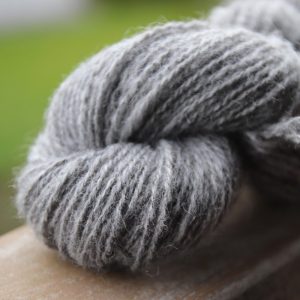 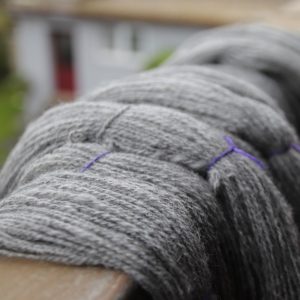 In the meantime I had set my mind to this beautiful cardigan pattern. The pattern is called Super Soul Cardigan and it was written by Mary Jane Mucklestone. However, my gauge was way off, the cardigan is meant to be knit from the bottom up (booo!) and I wanted the cardigan to be completely knit in stockinette. And so I decided not to buy the pattern but to think of something similar to this design myself. 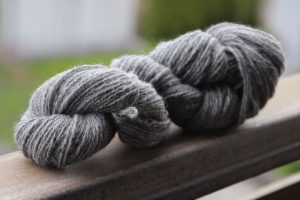 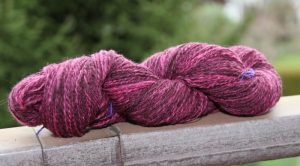 Because that really isn’t that hard, at least not harder than recalculating a pattern. All it takes is a gauge, your own measurements and knowledge of the rule of three :) I ‘designed’ the stranded pattern with the help of Libre Office Calc (which is basically Excel but Open Source). And of course I designed this cardigan to be knit from the top down. And in the round, which meant that I would have to steek this cardigan. 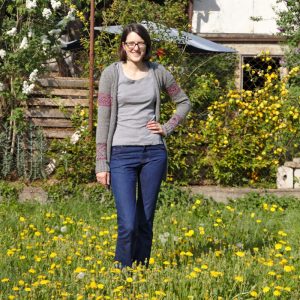 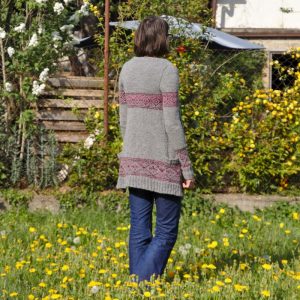 The knitting was fairly easy. Everything tuned out a little tighter than I had anticipated. Mainly because I had forgotten to take into account that the pink yarn was a little thinner, but, whatever, the cardigan is meant to be worn without a closure and I kitted the front bands extra wide and I think it is fine now. 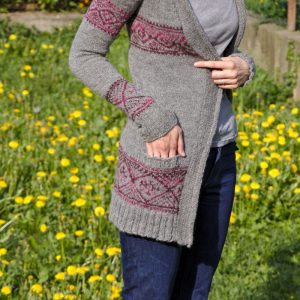 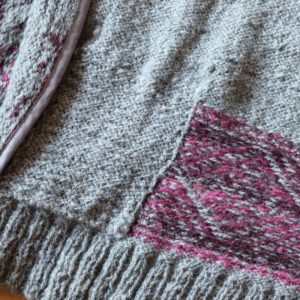 I added pockets and because of the width issue they are more on the sides of the cardigan than at the fronts. 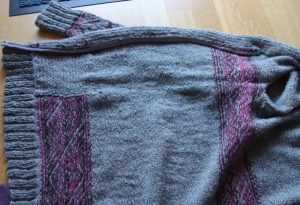 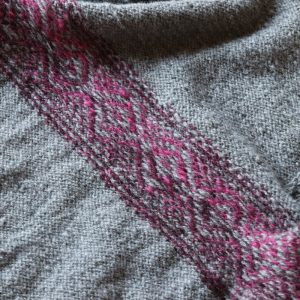 As already mentioned I decided to knit i the round and steek the cardigan in the end, which means cutting it open at the center front. Knitting with multiple colors is, in my opinion, much easier when done in the round and so is reading pattern charts. However once you’ve steeked a cardigan you won’t be able to frog the sweater later, something you have to take into consideration. 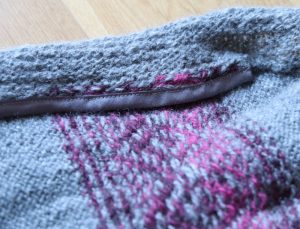 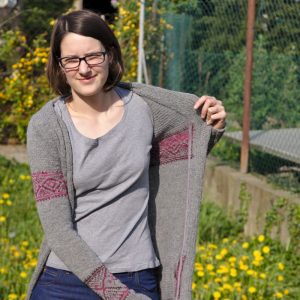 I secured the steek with the help of my sewing machine. i sewed a total of four seams and cut between the two inner ones. I afterwards blocked the cardigan and used store bought bias tape to neaten the edges. Using bias tape had the huge advantage that I didn’t have to sew anything with my hands but let the machine to the work AND it looks really neat! I will see how this holds up but I’m very confident that form now on I will use this method every time I steek something. 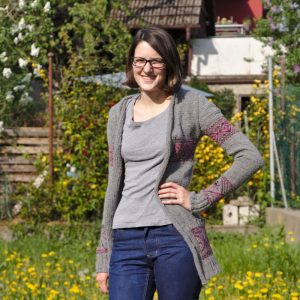 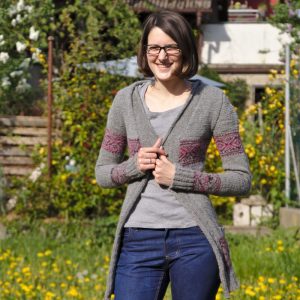 As already mentioned and as you can see it is a good thing the cardigan as meant to be worn open ;) It is indeed a little tight. Luckily I remembered to pick up some stitches before starting the stranded patterns at the sleeves at least.;) 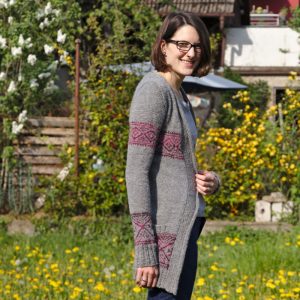 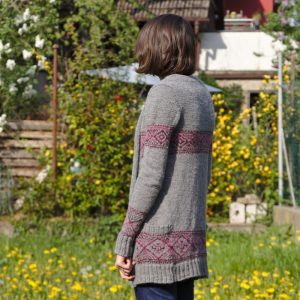 In the pictures I wear the cardigan with a new pair of jeans (Link to the German version of the post, sorry!) and a one of my many Renfrew shirts. The cardigan goes nicely with dresses also. The wool is a little scratchy, but very warm, too warm for the temperatures in South Germany right now, however it is perfect for the weather in central Sweden, where Marvin and I are spending our holidays at the moment :) 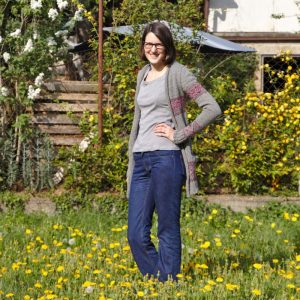 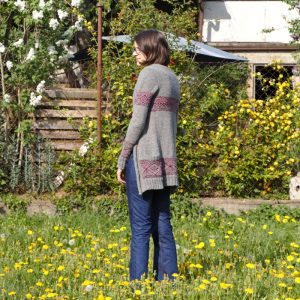 If you want you can find me and this project on Ravelry here. 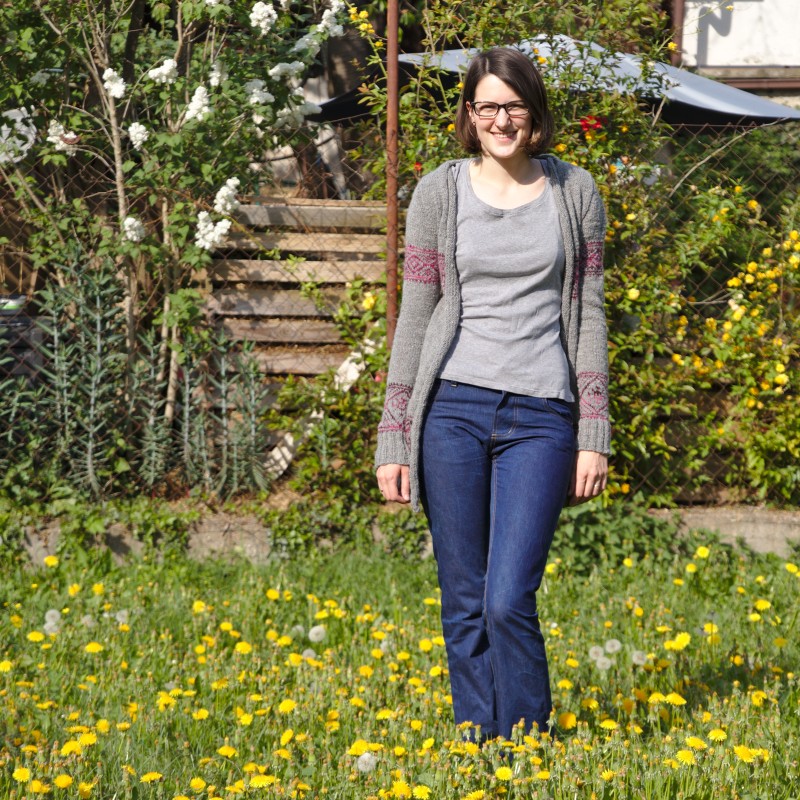